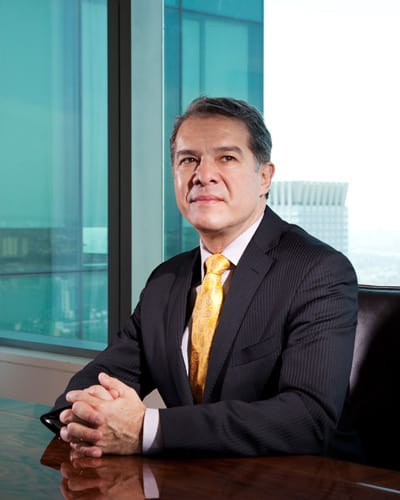 Ricardo A. Anzaldua joined Freddie Mac as executive vice president and senior legal advisor in May 2018 and was appointed to his current role as general counsel and corporate secretary in January 2019. He is a member of the senior operating committee and reports directly to CEO David Brickman.

In his role as principal legal counsel to Freddie Mac, Anzaldua oversees all legal and regulatory strategies, services and resources and manages all corporate governance matters.

Prior to joining Freddie Mac, Anzaldua was executive vice president and general counsel of MetLife, Inc., where, from 2012 to 2017, he was responsible for the company’s global legal operations, global compliance and government relations. From 2007 to 2012, he held senior positions in the legal department of the Hartford Financial Services Group.

Anzaldua began his legal career in 1990 at the law firm of Cleary, Gottlieb, Steen & Hamilton LLP, shortly after graduation from Harvard Law School. The firm named him partner in 1999.

Before attending Harvard, Anzaldua served as publications director and senior editor at the Center for U.S.-Mexican Studies at the University of California San Diego, where he pursued graduate studies in history. He holds a bachelor of arts degree from Brown University, where he studied development economics and Latin American history.