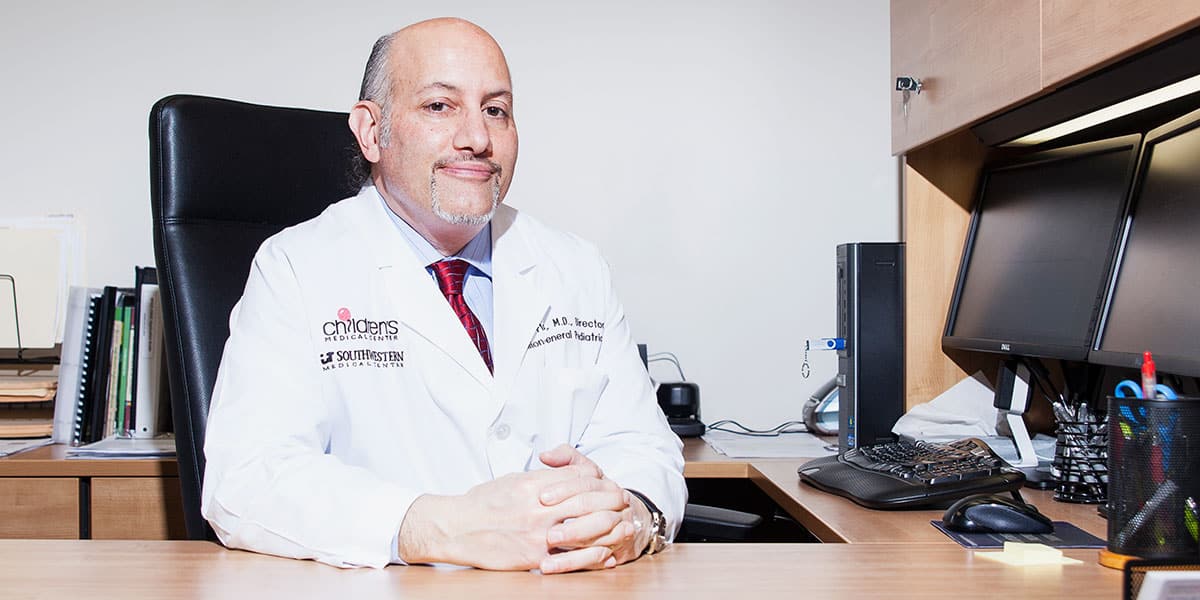 As a distinguished pediatrician, Dr. Glenn Flores has become a leading advocate for improving children’s health and recognizing the disparities of care within minority communities. Although Hispanics are notoriously underrepresented in medical school enrollment, Flores hopes that trend will change. His educational background provides a compelling reason that change might be possible.

Flores acknowledges that several mentors he met throughout his academic career encouraged him to pursue science, but one in particular started him on the path. It was a dedicated high-school teacher who provided after-school instruction to Flores and another student from a single-parent family. Flores says the teacher went “above and beyond his duty,” encouraging Flores to become one of the few sophomores to enroll in Advanced Placement Biology.

Upon completing medical school at the University of California San Francisco, Flores joined the famed New York Presbyterian Hospital for his residency and internship. While looking for his next step, Flores applied and was accepted to Yale University for the Robert Wood Johnson Clinical Scholar Fellowship. Although it is considered one of the most rigorous programs in the country, Flores was not intimidated. “I never regretted that, because it helped me to think as scientifically as possible,” he says. He completed the fellowship and embarked on a medical career built on Yale’s rigorous standards.

Throughout his career, Flores has earned numerous accolades, and he serves as an advisor to many organizations and offices, including the US surgeon general, the Institute of Medicine, and the Centers for Disease Control and Prevention.

Flores has authored numerous groundbreaking medical papers and testified on the floor of the US Senate. He is the director of the division of general pediatrics and the Judith and Charles Ginsburg Endowed Chair in pediatrics at the University of Texas Southwestern, one of the most reputable medical schools in the country.

As a Latino whose success can be directly attributed to his achievements in higher education, Flores is disturbed by the significantly low number of Hispanics who attend and graduate from college. An educator and major voice in the medical community, Flores hopes to change that.

“There’s a lot more awareness in institutions of higher learning about the importance of diversity,” he says.

He cites many reasons for the dearth of Hispanic students in higher education, including financial instability and high drop-out rates at the graduate level.

Furthermore, focus groups that Flores has conducted have produced some alarming results concerning young Latinos who want to attend medical school. One such finding was that many of the polled students held deep misconceptions about who can become a physician. For many of them, film and television have played a critical role in developing their assumptions that only a white male could become a prominent doctor or faculty member at a prestigious medical school.

Having a support system for Latino children that allows them to believe real physicians and educators look like them, too, is a critical goal for Flores. “We have to get families interested in kids going into medicine,” he says.

In his own career, Flores has worked to ensure minorities have a voice in medical training and research. As a significant proportion of the country’s population, Hispanics need to have equal representation in the medical profession. A 2004 study conducted by the Commonwealth Fund found that patients whose physicians were the same race rated the physicians as more participatory in health decision-making. They also reported longer visits with greater positive affect.

In 2008, Flores was a leading speaker at a conference looking at diabetes and obesity disparities in health care, hosted by the National Institute of Diabetes and Digestive and Kidney Diseases (NIDDK). Flores works with the NIDDK, as well as the Academic Pediatric Association, to award research grants for minority medical professionals interested in researching and treating diabetes and kidney disease. He says the grants allow them to increase the diversity of medical faculty conducting research and to identify and mentor talented minority physicians early in their careers to ensure their future success.

This research is important for all demographics, but it is of particular concern to Hispanic populations. Childhood obesity and type 2 diabetes continue to increase among Latino children, which poses a substantial threat to the future of the entire country’s health-care system.

Although Flores recognizes there’s still much work to be done to recruit more Latinos to medical school, he believes the same qualities that helped him transform the medical research community— persistence and collaboration—will allow that goal to be realized.