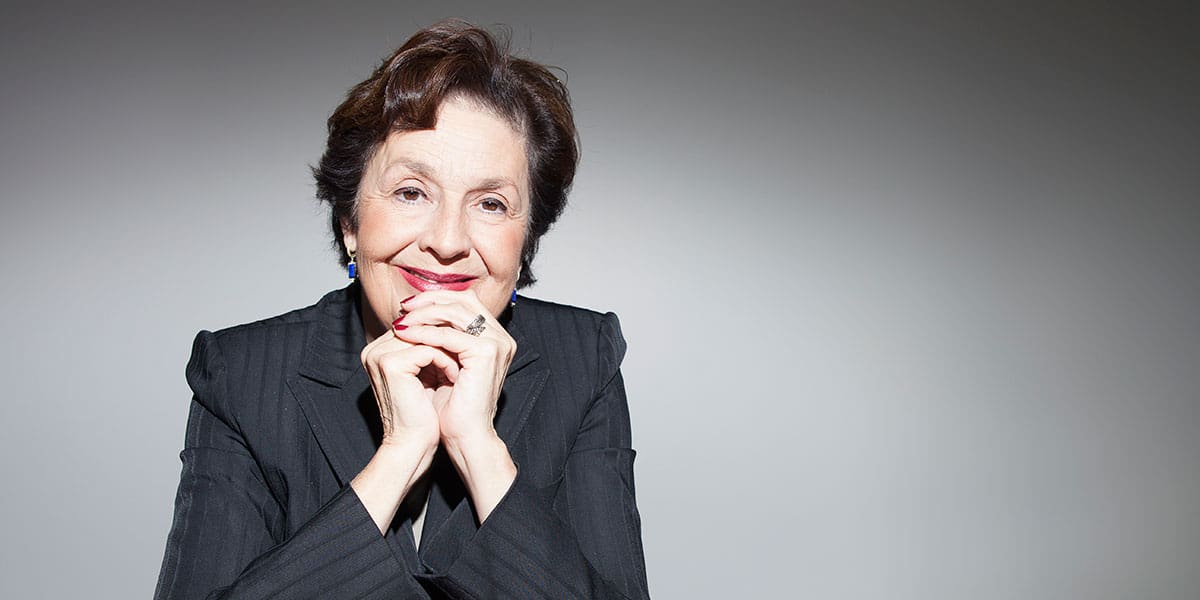 Despite the challenges facing young minority women in 1970s Brooklyn, Aída Álvarez knew she wanted to go to college. Her parents—recent arrivals from Puerto Rico—taught her to take pride in her Spanish roots while becoming proficient in English, and they imparted the value of education. She dedicated herself to schoolwork and earned good grades. But when it came time to apply to college, Álvarez’s high school principal called her into her office. “She told my mother that I needed to learn a skill because people like me, [young, minority women], didn’t go to college.” Álvarez recalls. Her mother enrolled her in secretarial school, not a university.

In hindsight, Álvarez, now a member of Walmart’s board of directors, concedes that the principal was probably trying to help. Still, Álvarez refused to settle for the low expectations foisted upon “people like her.” She says, “I realized then and there that I had to create my own future. I had to outperform and prove myself.”

She found a civil rights debate club whose members became a network of support. When they told Álvarez about National Science Foundation grants, she started applying for and winning awards. She used those grants to study anthropology and archeology in the summer and take weekend classes at Columbia University.

During her senior year of high school, Álvarez met a nun who later became a chaplain at Yale University. The Catholic sister started a local chapter of Aspira, a nonprofit dedicated to the education and advancement of young Puerto Ricans and Latinos. She helped Álvarez meet college recruiters who waived application fees and helped her realize that higher education was not out of reach. “I started applying to colleges I’d never heard of, like Brandeis and Wellesley,” Álvarez says.

She eventually received a phone call from a recruiter. He had been looking at applications when Álvarez’s file fell open on the floor. “He thought I should go to Radcliffe or Harvard, but I told him those were schools for rich people,” Álvarez says. He offered to drive her to meet the dean and assured her that she’d receive a full scholarship upon acceptance. Álvarez put her mother on the phone.

Though Radcliffe College (now integrated with Harvard) was foundational in Álvarez’s life, she was overwhelmed, at first. “I didn’t do a lot of term papers or critical thinking in high school, and I found myself in five full courses with intensive writing requirements as a freshman,” she recalls. Her first assignment was limited to three pages, but Álvarez submitted eight. When the professor simply threw the last five pages away, Álvarez knew she had a lot to learn.

After two years, she decided to take a break, but a university dean made a statement that has guided Álvarez ever since. “She encouraged me to keep my options open. It struck me like a bolt of lightning and has become a guiding principle in my life,” she explains. “What she was saying was not to slam doors behind you. When you leave a place, make sure you are welcome back.” Álvarez decided against a hiatus and stayed to complete her degree.

From there, Álvarez started a varied and historic career that’s taken her from the New York Post to Bear Stearns, to the NYC Health and Hospitals Corp., to President Bill Clinton’s cabinet. Though she has worked in a variety of industries, Álvarez says communication and the ability to learn have united her roles. She remembers her surprise when an executive offered her a job at Bear Stearns, despite her inexperience in bonds and finance. “He said they could teach me whatever I needed to learn, but they couldn’t teach who I already was. His belief in me taught me that there’s a lot you can do if you’re willing to learn,” she says.

From 1993 to 1997, Álvarez led the Office of Federal Housing Enterprise Oversight, building it from scratch to regulate the secondary mortgage market, despite resistance from Fannie Mae and Freddie Mac. When President Clinton made Álvarez his Small Business Administration head in 1997, she became the first Latina to hold a cabinet position.

Success in the private and public sectors led Álvarez to corporate and nonprofit boardrooms. She chairs the Latino Community Foundation of California and became a trustee of UnionBanCal Corporation and Union Bank in 2004. In 2006, she joined Walmart’s board of directors, where she sits on compensation and nominating and governance committees. In 2014, she joined the board at Zoosk, a technology-driven, online dating company, and she is also on the board of Oportun, a company that lends to unbanked Latinos.

Though Álvarez says women and Latinos are still vastly underrepresented on corporate boards, she’s found each board receptive to her input. “Board members should support the company and help it succeed, but there are times when a board member might have a different perspective than management,” she says. “The boards I serve on know who I am and what I stand for. A good chairman and management team will encourage free discussion, because that brings the best outcome.” Álvarez says those interested in board membership should concentrate first on building their education and becoming successful in whatever they do. She knows firsthand that when one has a solid foundation, opportunities arise.