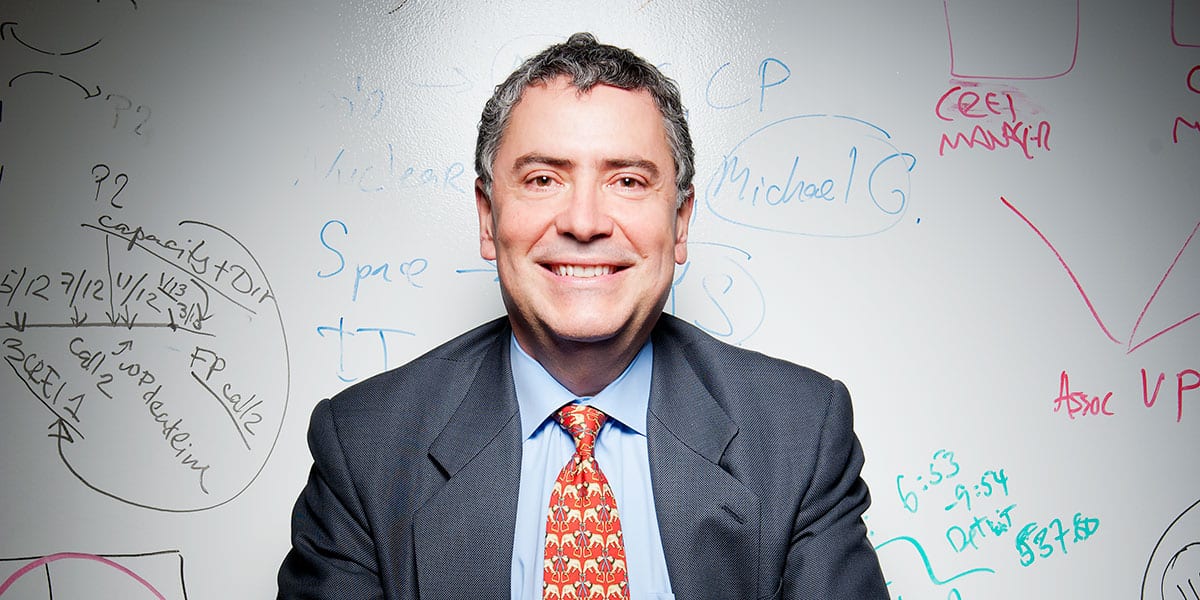 Director of Innovation and Entrepreneurship  |  MIT

Estabil would not be deterred from that career path, which he made evidently clear in a meeting with his high school guidance counselor as a sophomore. The two of them collaborated on finding a “pathway” for Estabil to fulfill his passion, despite some gaps in his academic record up to that point.

The guidance counselor recognized Estabil’s motivation and proposed a challenging solution. Though many high school students focus on spending as little time in class as possible, Estabil enrolled in Miami Dade College to augment his high school résumé.

It was an incredibly heavy course load that included physics and two semesters of calculus, but Estabil completed his objective and was accepted into Brown University. He chose Brown because the university’s unique New Curriculum gave him the opportunity to study science and simulatenously explore other disciplines. “I loved to draw, design, play sports, and read at that stage of my life,” he recalls. “Brown encouraged me to do it all.”

Estabil would be one of just a handful of Latino students—fewer than 20—to matriculate into the college that year.

It was an impressive accomplishment for Estabil, who had emigrated with his family from Cuba at the age of four. Estabil came to Brown and its idyllic Ivy League setting sight unseen—on just the third airplane flight in his lifetime.

Seeing the approach to College Hill still fills him with pride. The prestigious campus would prove to be invaluable to Estabil.

Though he was set on his path toward science and innovation, it was a literature professor who became his most important mentor. Ruben Ríos-Avila went against the archetype of professors on campus, who had mostly “fair complexions, sandy colored-hair, and graying temples.”

Ríos-Avila made an impact on Estabil. “He was a smart professor, an excellent teacher who was phenotypically and culturally similar to me,” Estabil says.  Though Estabil was following a different path than Ríos-Avila, it was vital for him to see himself reflected in a faculty member, especially one so beloved by Brown students.

Estabil has enjoyed many successes in his field. At IBM, he was instrumental in pioneering the use of copper wire in the semiconductor industry. He has parlayed many of these achievements into networking and the global advancement of science.

Just a few years ago, he co-architected and assisted in creating a venture competition in Portugal. He is also helping to launch the Massachusetts Institute of Technology’s Skolkovo Institute of Science and Technology in Moscow, a project he has been working on for more than four years. Current political realities make living part-time in Moscow intriguing, to say the least, but Estabil is pleased to be working on a project that allows him to meet a new crop of scientists.

It’s no surprise that, since his time at Brown had such a major impact on Estabil, he is heavily involved in the improvement of the community. In 2000, Estabil became a cofounder of the Brown University Latino Alumni Council. He received the Brown Alumni Service Award in 2004 and has served as a University Trustee since 2013. In 2014, Estabil agreed to be a founding advisor to Miami Dade College’s Idea Center.  “Helping to establish a resource with the potential to teach MDC’s 165,000-plus mostly Latino and African American students how to build their businesses is too important a mission to pass up,” says Estabil. His volunteer work at MDC is among the most satisfying of his activities.

Estabil aspires to increase the number of Latinos in science and technology. Though Latinos are enrolling in college at improving rates, they are still rare in STEM degree programs.

Estabil acknowledges that many of these obstacles are set early, between fifth and seventh grade. He likens the lack of exposure that many Latino students face with STEM to “learning to drive having never been inside a car before.”

As one of the leading Hispanic technologists in the country, Estabil relishes the opportunity to expand the global force of science and technology to everyone. Eventually, he believes the talent of Hispanics in STEM will permeate many of the institutions that have been so important to him.