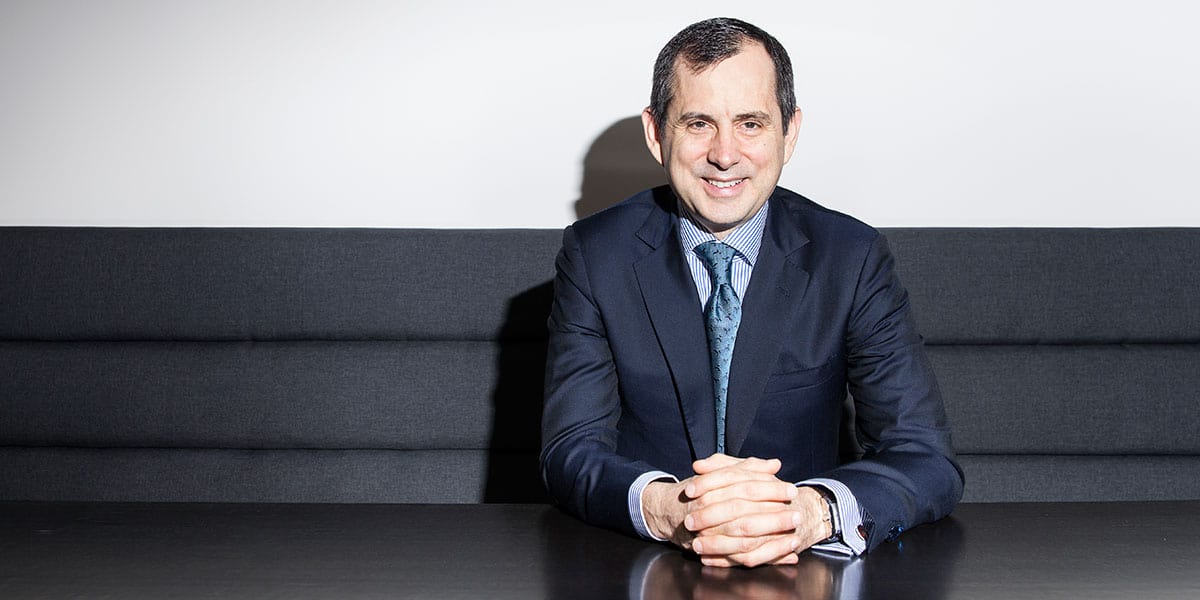 Though he has lived in the continental United States since he was a teenager, it’s his Puerto Rican roots that define Juan Sabater. “It’s who I am,” he says. “It makes me part of a great community and cousin to lots of great cultures. It gives me a sense of identity.”

Sabater is a husband, father, private equity investor, business executive, lawyer, and former military officer. He serves as managing director at Chicago-based Valor Equity Partners, where he leads idea generation and execution. He moved to Scarsdale, New York, at age 13 and found opportunity, camaraderie, and partnership by never losing touch with his origins.

His father had an opportunity in the United States, and his parents wanted to give their son a broad global perspective. “It was hard for me, initially,” Sabater says of the move, which required leaving his cousins and best friends. But he adapted to life in New York and excelled in school.

He eventually earned a history degree at Princeton University while serving in the US Army ROTC program and spent a year studying history at the University of Oxford in England. After Princeton, Sabater studied law at Stanford University and attended infantry school to finalize his military training. “I love the idea of this country, and I love what this country stands for,” he says. “I thought that there could be no greater way to express that gratitude than to serve in the military.”

Though he completed training just before the start of the Gulf War, he was not called to active duty; he remained on reserve duty while working for a law firm. He was a young associate in the mergers and acquisitions department when the firm needed someone to work on a project in Venezuela. As the only attorney who spoke Spanish, Sabater was chosen for the job.

Sabater says intellectual curiosity drove him to seek business experiences beyond the legal field. He was approached by investment banks that needed people to augment their teams covering Latin America, and he eventually joined a small firm. He later served as managing director at Goldman Sachs.

After he left Goldman Sachs, Sabater helped a friend start a business and became involved with several charitable organizations, including the New America Alliance, which promotes Latino entrepreneurship. He met Antonio Gracias through the advisory board for Columbia University’s School of International and Public Affairs and quickly became interested in Gracias’s company, Valor Equity.

Sabater now serves as managing director at Valor, which is known for investing in companies ranging from Elon Musk’s Tesla and SpaceX to Sizzling Platter, a restaurant-management firm with Little Caesars and Dunkin Donuts franchises. Valor has developed a unique model for success by helping companies enhance their value through operational improvements, Sabater says. The company has invested in Renovate America, a San Diego company that provides financing for home energy-efficiency improvements, and Sabater sits on Renovate America’s board. Renovate America’s CEO’s Mexican heritage resonates with Sabater; the two speak in Spanish more than they do English, which is reaffirming to Sabater, who says it shows “how our community continues to be on the forefront of innovation in ways that people don’t realize.”

When it comes to increasing diversity in corporate America, Sabater says the companies he has worked for already embrace the need for a diverse workforce and seek out the best talent, regardless of their background. The work that still needs doing, he believes, is in education. “We need to do more earlier on the mentorship side. We need to make the possibility of success a tangible reality that [students] can digest.”