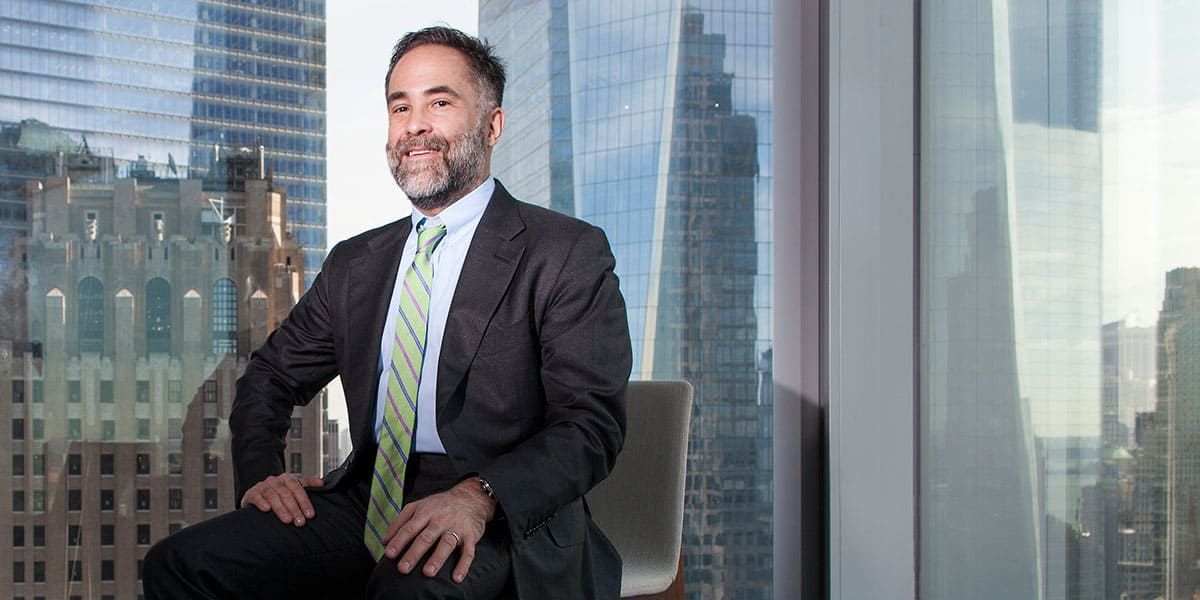 There’s a famous scene in the classic 1967 film The Graduate in which a family friend approaches Dustin Hoffman’s character with an unprompted bit of advice. “I just want to say one word to you,” the man says. “Just one word: plastics. There’s a great future in plastics.”

R. Martin Chavez, chief information officer (CIO) at Goldman Sachs, says the scene reminds him of a moment he shared with his father in 1974. Unlike Hoffman’s character, Chavez listened.

The word Chavez’s father imparted: computers. “He saw the early adoption of computers and that people who were going somewhere knew what to do with them,” Chavez says. “He encouraged me to go in that direction from a very young age, so I spent most of my youth writing computer programs.”

Chavez quickly excelled at writing software, and, at the age of 15, he landed his first job writing neutron bomb simulation codes for the Air Force Weapons Laboratory in Albuquerque, New Mexico. From there, he worked as a consultant for weapons laboratories in Massachusetts,  cofounded the technology companies Quorum Software Systems and Kiodex, and took on executive roles at Credit Suisse and Goldman Sachs.

Today, in addition to his role as CIO, Chavez is a member of the management committee and cochair of the Americas Diversity Committee. He is also a member of the firm’s Hispanic/Latino and LGBT networks.

Throughout his career, Chavez says, he has solved complicated problems with math and software, an approach fueled by that early conversation with his father.

Chavez adds that there were other pieces of wisdom that led to his success, such as a story his grandfather liked to recount. When New Mexico became a state in 1912, there was a push for Spanish speakers who lived in the state to learn English, and at 17 years old, his grandfather was enlisted to teach it.

“His English was a disaster,” Chavez says. “It was terrible. But my grandfather was a very entrepreneurial guy, and people looked up to him. He would smile and say, ‘En el reino de los ciegos, el tuerto es rey.’” Translation: In the kingdom of the blind, the one-eyed man is king.

Another influential moment for Chavez was in motion long before he was born. Chavez’s mother, who, like his father, was born to a Spanish-speaking family in New Mexico, decided at a young age that if she ever had children, each one would graduate from Harvard University.

When she did have children, nearly every household decision—teaching the children to read and write before kindergarten, for instance, or sending them to private school—was executed with that goal in mind.

It worked: all five children graduated from Harvard, and Chavez continued his education at Stanford University.

His family wasn’t rich, Chavez says, but they were driven. “My family was like a business start-up,” he says. “All businesses start with aspirations and a team. We had very little in the way of cash, but the goal was to get the kids through Harvard. And my parents made some extreme sacrifices to make that happen.”

That unwavering commitment to education is largely responsible for Chavez’s success. “If we place a greater emphasis on engaging Hispanic children from a young age, far more will advance to executive positions,” he adds.

Two programs that Goldman Sachs supports are a step in the right direction, Chavez says. MITES is a six-week science and engineering immersion program for high school seniors at the Massachusetts Institute of Technology. Girls Who Code is a New York-based computer-science education program for young women.

But a push for computer literacy should begin at a much younger age. “We need to create more moments with Hispanic kids like the ‘computers’ moment I had with my dad,” he says. “If we tell these kids early on that math and computers are important, and you have everything it takes—you just have to jump in and do the work—I think we’d get to a very different place.”