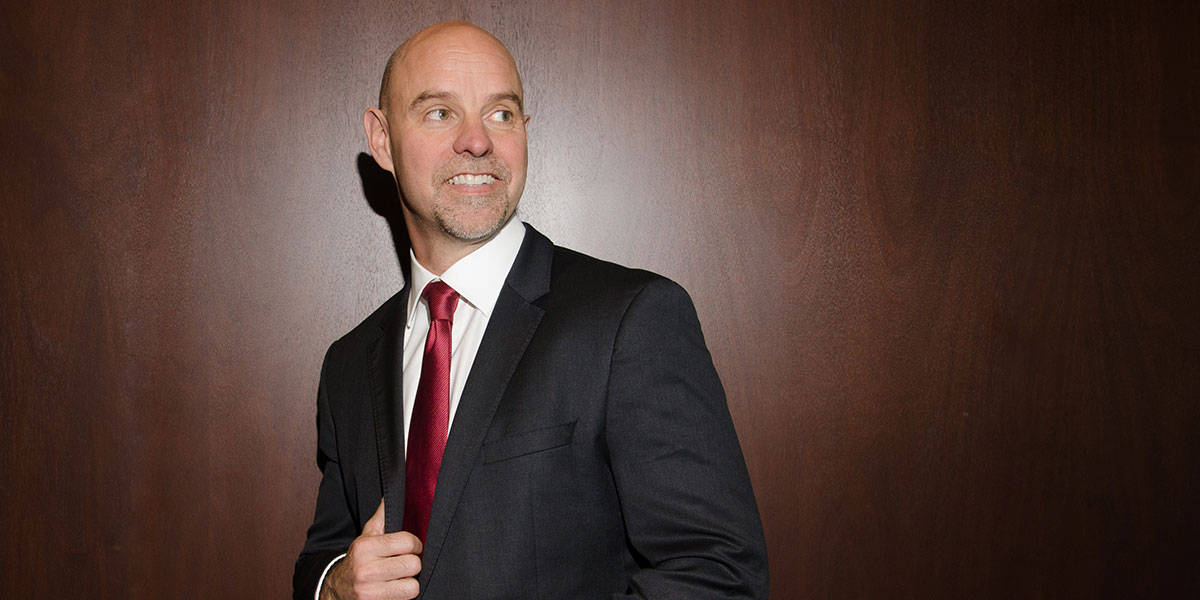 By his own admission, Ryder CEO Robert Sanchez’s journey through 15 positions in 20 years has demanded leadership in areas outside his expertise. But Sanchez’s nomadic path isn’t the result of a long search for the right role; it’s a testament to a leadership style that produces universal results.  That style informs his vision for how companies and corporate boards can develop future business leaders.

Sanchez developed confidence in his listening and problem-solving skills early in his career, and he used those capabilities to build the foundation for success inside and outside of his comfort zone: a solid team.

Sanchez found both listening and problem-solving to be essential to leading his first large team at Ryder when he became chief operating officer of fleet management solutions, the company’s largest business segment. He approached the division with a mind for big changes, but when he shared his ideas with a member of Ryder’s board of directors, Sanchez was surprised by the response. “He said, ‘You’re not going to do any of that. What you’re going to do in your first six months is deal with all of the people issues that come with leading a team of 8,000.’”

The prediction came true. Sanchez realized that, until he listened to his team well enough to solve problems by getting the right people in the right spots, he’d never have time to address change for the division.

Once he had built his team, established a clear vision, and set goals, Sanchez stepped back and let the people he’d picked apply their talents. “In many of the roles I’ve had, folks reporting to me know more than I do. If I need to be the smartest guy in the room, we’re going to come up with some bad ideas,” Sanchez says. “You’ve got to be comfortable not being the smartest person in the room. You need to listen to people smarter than you. They have great ideas. Your job is to bring those ideas out and have the team rally around the best one.”

Sanchez leads successful teams by choosing the right people and letting them shine. Ryder replicates that process to produce the company’s future leaders. Managers select talent for Ryder’s 18-month leadership training program by watching their teams in action and identifying people with potential.

The program develops four leadership competencies: strong character, sound judgment, the flexibility to work within a team, and the ability to produce results. Sanchez is involved in the program. “It teaches people about the business, but more than anything else, it teaches them about leadership and [how to] develop their own style of leadership,” he says. “There’s a lot of learning that goes on about management style and how you identify and capitalize on your strengths as a leader, develop some of your weaknesses, and build a team that you’re going to work well with.”

Sanchez meets with participants at the beginning and end of the program. The awakening he sees in successful participants reflects the factors Sanchez credits for his own advancement, and he relishes seeing others discover their own talents. “We see a lot of improved self-awareness through the process,” he says. “That’s the biggest change in the people who go through it.”

Ryder’s program supplies the company with a talent pool from all backgrounds. This is key, according to Sanchez, in succession planning at the corporate level. “Companies looking to develop talent of any kind need to know where to look for it,” he says. “I always tell people that Ryder has a competitive advantage in finding Latino talent because we’re headquartered in Miami. We don’t have to search far for Hispanic leaders and employees.”

Once the talent is identified, the Ryder program takes over. “It’s just a matter of giving people a chance to develop their own leadership style,” says Sanchez. “I don’t think anyone’s looking for special treatment. They’re looking for an opportunity. When you give folks that opportunity, you’re going to see some rise to the top.”