Thanks to theBoardlist, former Kaiser Permanente executive Terhilda Garrido now serves on the board of CareMessage. She sat down with The Alumni Society to share her path to the boardroom. 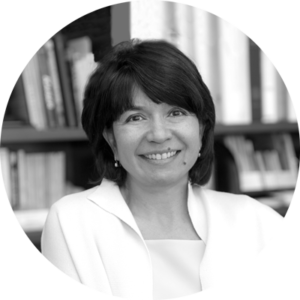 As a founding board member of The Alumni Society, Terhilda Garrido knows just how much board membership can enhance both a company’s trajectory and an individual director’s professional life. Political leadership is important, she acknowledges, but many important decisions are also made in boardrooms, an area where Latinos are severely underrepresented.

Garrido saw her chance to help improve these numbers when she came across a fascinating board opportunity via theBoardlist. TheBoardlist, a network partner of The Alumni Society, serves as a candidate search service for companies that want to add diverse candidates to their boards of directors. While theBoardlist was originally founded in 2015 to help women executives secure board seats at traditionally male-dominated companies, the organization has since expanded to help companies find candidates from all underrepresented communities. Today, theBoardlist boasts 18,000 members and 7,000 companies and works with an additional 1,800 companies.

Garrido, a retired Kaiser Permanente executive who last served as the healthcare giant’s vice president of health IT transformation/analytics, now has her own consulting practice, Camino Advisors. She first became a member of theBoardlist in early 2019 after learning about the strategic alliance forged between The Alumni Society and theBoardlist, and later she underwent “a very thorough process” to be included in the company’s catalog of executives.

“Act accordingly. Play the part and seek your opportunities, because we need Latino leadership.”

“I had the fortune of being one of the executive leaders at Kaiser Permanente when we were going through a digital transformation,” she explains, adding that she helped oversee efforts such as the creation of a patient portal and the provision of secure messaging for patients.

Suffice to say Garrido was intrigued, and so theBoardlist included her on their roster of candidates for consideration. Soon, they made the introduction between her and CareMessage.

Garrido’s interview process kicked off with an informational phone call with a CareMessage administrator who told Garrido about the organization, the board interview process, and what CareMessage was looking for in a board member. This was followed by lunch with CEO Vineet Singal to discuss his vision for the organization and how Garrido could potentially contribute. From there, she met with two existing board members and learned about their strategy, why they were involved, the challenges they saw for the organization, and how she could contribute. The entire process took between four to six months, and Garrido was officially confirmed to the CareMessage Board of Directors in January 2020.

She is thrilled to use her expertise in a way that will benefit communities across the country, especially lower-income ones.

“There are healthcare organizations that are working on a shoestring, and they have lagged behind the digital transformation in healthcare,” she says. “CareMessage tries to address that gap. Unfortunately, that means a lot of that [work] has to do with people in lower-income communities, and that includes a lot of Latinos. The fact that they are trying to help bridge that gap, that digital technology gap, for groups that are not already included and don’t already have the advantages of this technology is what really was compelling. That, and the fact that there are just some really smart people that are very nice and trying to do the right thing. I’m very honored to be part of that group.”

Garrido’s primary piece of advice to peers who are interested in board memberships is to exhibit patience throughout the evaluation process and go at the pace the boards and organizations want to go. She also recommends networking and learning about how boards work. To this end, she highly recommends joining a nonprofit or charitable board, even if it operates on a small scale, just to gain a better understanding of how boards work and to learn about the structures of board meetings, the nature of working with audit committees, and more.

She also notes that board membership is a professional opportunity, so keeping things casual isn’t going to cut it for those who are serious about their board activity. Garrido’s own abuela, she says, underscored that truth for her.