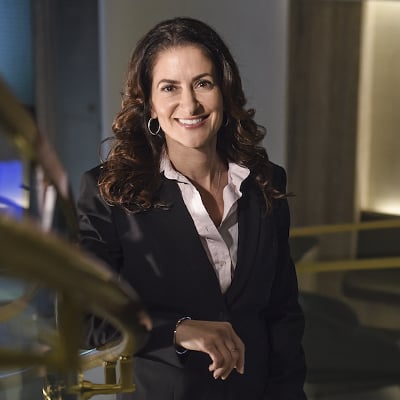 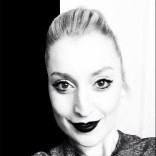 While working as chief of staff to then-general counsel Ricardo Anzaldua, MetLife’s Jeannette Pina honed many facets of her legal career. But while her own professional development was important, Pina found immense strength in the organization’s sponsorship program—particularly in the opportunities it built for the Latinx communities and other traditionally underrepresented communities. “At MetLife, we’re deeply committed to everyone’s talent development,” Pina says. “Talent stewardship is a key initiative in legal affairs.”

When the sponsorship program launched, she explains, its first cohort focused on promoting the growth of more women and people of color into the middle of MetLife’s worldwide talent pipelines.

Pina helped launch that initiative throughout legal affairs and acted as steward to a woman in that first cohort. “She was in our Australia office, but now she’s here on my team in New York,” Pina explains.

As she climbed the ladder herself, Pina learned the importance of community and empowering others. She grew up in Queens as the daughter of immigrants—her mother came from Cuba and father from Argentina. “I didn’t see a lot of people like me in high-level positions, but even starting in high school, I had a teacher that was very vocal about me succeeding in law school,” she says.

Because of the encouragement from people like that teacher, Pina started to believe in the potential she had—later reaching the levels of success she’d formerly noted had a lack of diversity. She paired that communal support with constant hard work, earning a bachelor’s degree from Syracuse and a JD from University of Pennsylvania Law School.

In her training and first roles, Pina focused on mergers and acquisitions, starting at Skadden Arps and eventually moving into the insurance field at ING. Arthur Kalita, who was then the head of M&A, guided Pina in her growth as a legal business partner, an experience that inspired her to lead through sponsorship as she rose in her profession. “We have a responsibility to provide guidance, and our teams see beyond limitations,” she says.

With The Alumni Society and other Latinx groups, Pina does whatever she can to help other women and people of color see that though their path, like hers, may be difficult, they can overcome struggles. “The path may be filled with potholes and ditches, but you have to pave over them and keep going,” she says.

“I didn’t see a lot of people like me in high-level positions, but even starting in high school, I had a teacher that was very vocal about me succeeding in law school.”

When the role of the corporate secretary at MetLife opened up, Pina knew she had the potential to fill it—and to use that position to make a difference for more people.

“As a leader, I’m very collaborative,” she says. “I’m focused on empowering my team to do the best, most efficient work, while also thinking about talent-development opportunities. We’ve now shared our program with our outside law firms and asked them to join us in developing their own talent stewardship initiatives. It’s so important to accelerate diversity and inclusion more broadly throughout the entire legal profession.”

In addition to her work empowering others at MetLife, Jeannette Pina volunteers her legal advice to the nonprofit organization Safe Passage Project during her personal time.

“Safe Passage Project brings free lawyers to immigrant and refugee children who are facing deportation, with the goal that no child should navigate the immigration process alone,” Pina says. “Coming from a family of immigrants, any one of those children could have been someone from my family or someone that I know. Children shouldn’t have to face the complicated legal system on their own.”

The Multicultural Advocate for Neurodiversity