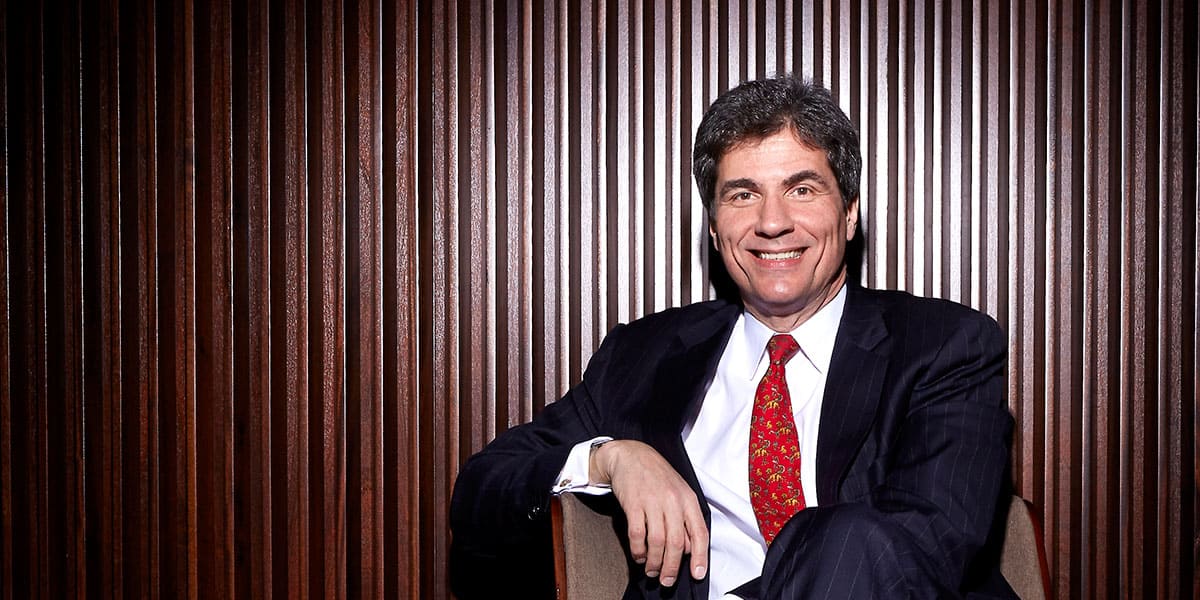 Most children find discussions of Shakespeare challenging, but for Jose Fernandez, the discourse was especially difficult—he didn’t speak English. The Cuban-born immigrant came to the United States when he was 11 years old and attended a New Jersey school that didn’t offer ESL classes.

Fortunately, the young Fernandez had developed the ability to adapt. Four days after leaving the island nation, his family landed in Spain. He got a job delivering medicine on the Madrid subway, and he learned the value of persistence. Later, in New Jersey, he resolved to learn English quickly and face his challenges head-on.

Fernandez graduated high school and enrolled at Dartmouth College as a basketball recruit. He studied law at Columbia University and embarked on a career that has taken him around the world and into the US Department of State.

Throughout his professional life, Fernandez has espoused the importance of education through several endeavors, including a scholarship fund and a Latino theater festival. “Many young people out there simply aren’t aware of the opportunities or assume that higher education is out of reach,” he says. “I was lucky because I scored some points in a basketball game, and a Dartmouth coach saw me. Had I missed some shots, my life would be very different.”

Fernandez’s athletic ability opened the door, and his aptitude and character allowed him to seize the opportunity in front of him. He spent hours talking with one instructor between sessions. “Her office was covered with pictures of [Ché] Guevara, [Fidel] Castro, and all of these people that I had been taught were evil,” he recalls. “She challenged my outlook and gave me things to read and new ideas to ponder. I learned to think more critically.”

Eight years after leaving Cuba for Spain, Fernandez returned to Spain in a study-abroad program. He was there in 1975, when Francisco Franco died. “I saw how a country deals with its past,” he reflects, “how you salve the wounds of history, and how people make a choice to go forward or to refight old battles.”

After Fernandez graduated law school, the government of Peru hired him to privatize its phone company. There was one problem: the Shining Path, Peru’s Communist party, had launched a violent guerilla war to overthrow the government.

Despite the US State Department’s recommendation against travel to Peru, Fernandez accepted the job.  To this day, he believes he was offered the work because everyone else was too afraid to take it.

In 2008, Fernandez was part of a foreign policy group that advised then-presidential candidate Barack Obama. Each day, he woke early to scour Latin American newspapers and prepare a maximum of two questions and responses the candidate was likely to encounter. “If he was asked a question I hadn’t prepped him for, I wouldn’t be there long,” Fernandez says. He lasted, and he performed well enough to earn a presidential appointment: assistant secretary of state for economic energy and business affairs at the Department of State. The role gave Fernandez the chance to unite his interests and experiences as he dealt with free-trade agreements and advocated for business investment in developing nations.

The route from Cuba to the US State Department left Fernandez with a deep sense of gratitude. For Fernandez, giving back is an obligation. He started a scholarship fund early in his career, and last year, he went to lunch with a former grant recipient who is now an associate at a major firm. “I’ve been fortunate to have good clients, mentors, and family,” he says. “You can’t take that for granted.”