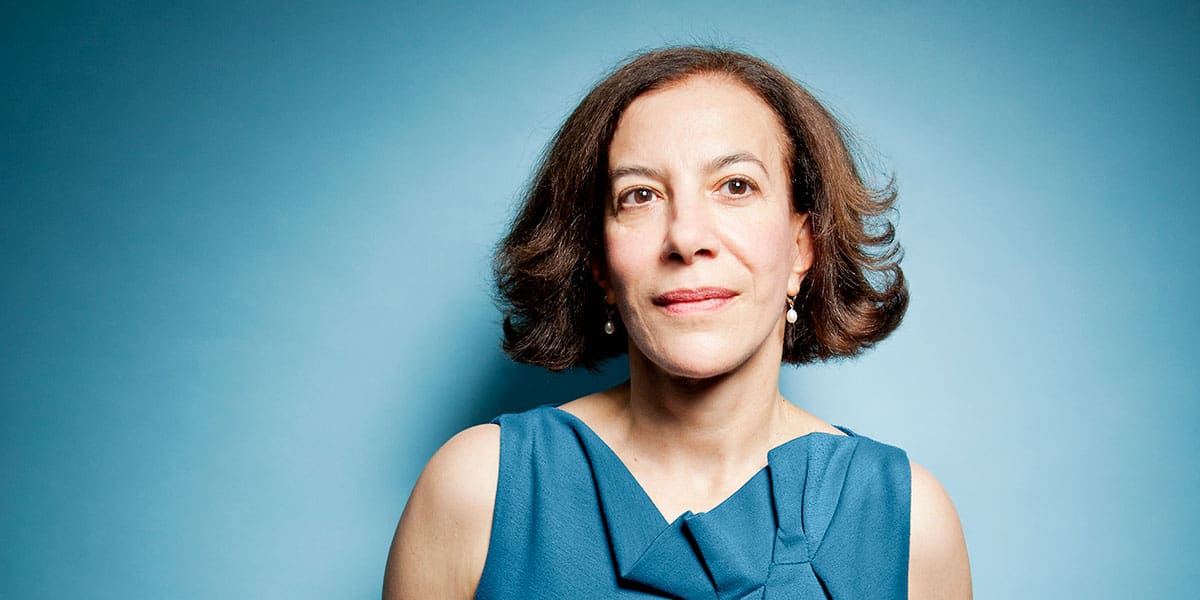 In colleges, companies, and every online article written to help young professionals, a common refrain is echoed: network as much as possible, and find a mentor. It’s become such a popular idea that the term “mentorship” is something of a buzzword in the corporate sphere. But Maria Lopez-Bresnahan knows that the traditional teacher-student model doesn’t begin to cover what a mentor can do.

Lopez-Bresnahan leads neuromuscular clinical research in the rare disease research unit at Pfizer. She earned her bachelor’s degree at Yale University and studied medicine at New York University. The path to medicine never seemed outside her realm of possibility, even as a child, since her father was a neuropathologist. “It seemed quite normal that there were brain tissue specimens in our glove compartment,” she recalls. Like having a father in judge’s robes or a mother in the C-Suite, looking up to her father made the idea of becoming a doctor a concrete goal rather than an abstract concept.

When Lopez-Bresnahan’s father brought his family to the United States in 1961 to complete specialized medical training, he intended to return to the Dominican Republic. A revolution and US occupation prevented that, and by the time the conflict had settled enough for him to be comfortable taking his children back, they had adapted to their lives in the United States and felt closer to American culture than Dominican culture. What Lopez-Bresnahan felt, she says, was a sense of privilege and a desire, common among immigrants, to fully embrace her new environment.

Lopez-Bresnahan’s experience with mentorship started with her father, and throughout the years, she’s met many who have helped her set concrete benchmarks. She describes a mentor as being like a GPS on a road trip: to reach your destination, you need a car and gas, and you can make it without the GPS, but your path will be smoother if you bring one along. Similarly, to achieve professional success, you need aspirations, talent, and drive, and those can be enough. But the path will be much clearer if you have a role model in view.

“We use the term ‘mentorship’ very loosely now,” Lopez-Bresnahan says. For the relationship to be a success, she explains, “a mentor has to be someone with whom there’s mutual respect. You have to want to be under their wing. Mentorship, like any relationship, requires a mutual investment and the reciprocal desire to teach and learn.”

After more than 30 years in the medical field, Lopez-Bresnahan takes her own mentorship role seriously, and she knows that passive, role-model-type mentorship is just as important as active engagement. “[Mentees] may just need to identify with someone in a position that they aspire to who looks like them, or comes from their country, or speaks the same primary language,” she says. “Because I’m a mom, I’m wired to give advice, and nothing is more gratifying than having a young person tell me that I helped them achieve their goals.”

Lopez-Bresnahan believes credentials are crucial for success in the corporate world. She notes that women sometimes have more credentials than their male counterparts at the same level of achievement. Whether those extra credentials are necessary, or whether there is simply an overwhelming belief that they are, is up for debate. But she has spotted certain patterns during her career. “My observation is that women often have more credentials than men in the same position,” she says. “There isn’t a stated requirement, however women may sense that if they have that additional  higher degree it will increase their chances of success. I hope this is a generational phenomenon, but like the fight for equal pay, we must be constantly vigilant to ensure that the bar is not set higher for women compared to men.”

Professional challenges can come from many facets of identity—gender, societal expectations, and heritage are just a few. She explains that, because of this, there is great diversity in the way people experience professional challenges, even among those with shared backgrounds, such as Latinos. With uniqueness of experience come unique paths to success.