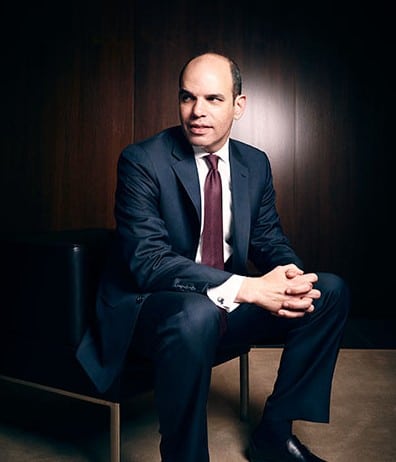 It was never apparent to José Ramón González that growing up in a big family was an asset—until he led a legal department through a restructuring.

When he joined global insurance company QBE in 2014 as chief legal officer for its North American operations, he had to make significant adjustments to his department. QBE had grown rapidly over the last few years, and after some difficulties, the company needed essential changes. González was brought in as part of a new management team ready to make those changes.

To some, those prospects would sound too uncertain. To González, it was an interesting problem that needed solving.

Two years in, González is still with QBE North America and has kept the core of his legal team intact. “You never realize where your strengths are until someone else tells you what they are, because many people underestimate the skills that come naturally to them,” he says.

What has come naturally to González is his ability to navigate a multitude of personalities and cultures, which he employed as he led his team through the transformational journey at QBE. It’s a skill he honed in his formative years; he grew up in a Cuban neighborhood in New Jersey, where he could see the Empire State Building from his bedroom window. “You can’t imagine how many people were from the same Cuban town of only 20,000 where my father grew up,” he recalls. “In New Jersey, they recreated a tightly knit community, and we were always in someone else’s house. I lived in an extended family.”

González’s parents emigrated from Cuba to the United States; before that, his grandparents emigrated from the Galicia region of Spain to Cuba, creating what he calls a “double immigrant” personality. “For our family, the idea of being Cuban and Spanish was incredibly important,” he says. “You were who you were, and of course becoming American was naturally expected, but your strength came from multiple and layered identities.”

His father was a food distributor who built his wholesale business from scratch, and his influence and entrepreneurial personality wore off on González. “It lets you take the path that’s not the safest,” he explains. “A lot of my peers, attorneys in particular, tend to be risk averse. After having lost everything in Cuba, my parents arrived in the United States with twenty dollars. Having that type of background really gives you a certain amount of freedom to experiment.”

González has applied that perspective at almost every turn in his professional journey. The University of Pennsylvania was a cultural shock for him and a break from tradition for his parents.

González relied on the example set by some of his older cousins, who had blazed trails to higher education for their families, and González remained driven by a focus on constant progress.

After graduation, he spent twelve years at a global insurer, then decided a start-up would be his next step. Throughout his time in both arenas, he traveled extensively from Europe to Asia to Latin America. “My first boss said, ‘The best thing about you is that I can parachute you in anywhere, and you’ll just keep moving,’” González says. He used to joke that he was sent to Asia for his language skills—despite not knowing a single syllable of any Asian language. “Being bicultural has always helped make me much more adaptable and flexible.”

Flexibility has been key at QBE, where González had to find a way to lead as though he has only five or so team members, though he has many more. “One size doesn’t fit all,” he says. “What really gets you to success in almost any organization is building teams. The only way to do that is by focusing on the individual, empowering him or her, and letting that person do what they do best.”

As his role has taken shape, he’s realized his most important work isn’t the transactional details—it’s leading his team through change. All the different experiences González has acquired have given him a toolbox of methods to approach people. “I feel like I’ve had to throw all my tools on the table over the last couple years at QBE,” says González. “But I have been able to use these tools to build success.”

“José has used his biculturalism—or multiculturism—to an obvious advantage at QBE to rise up the corporate ladder.  All Latinos in the United States have had to negotiate and navigate many identities, cultures, values, and means of communication. This is part and parcel of the role, but few have managed this to the level of José’s success.”—Terhilda Garrido