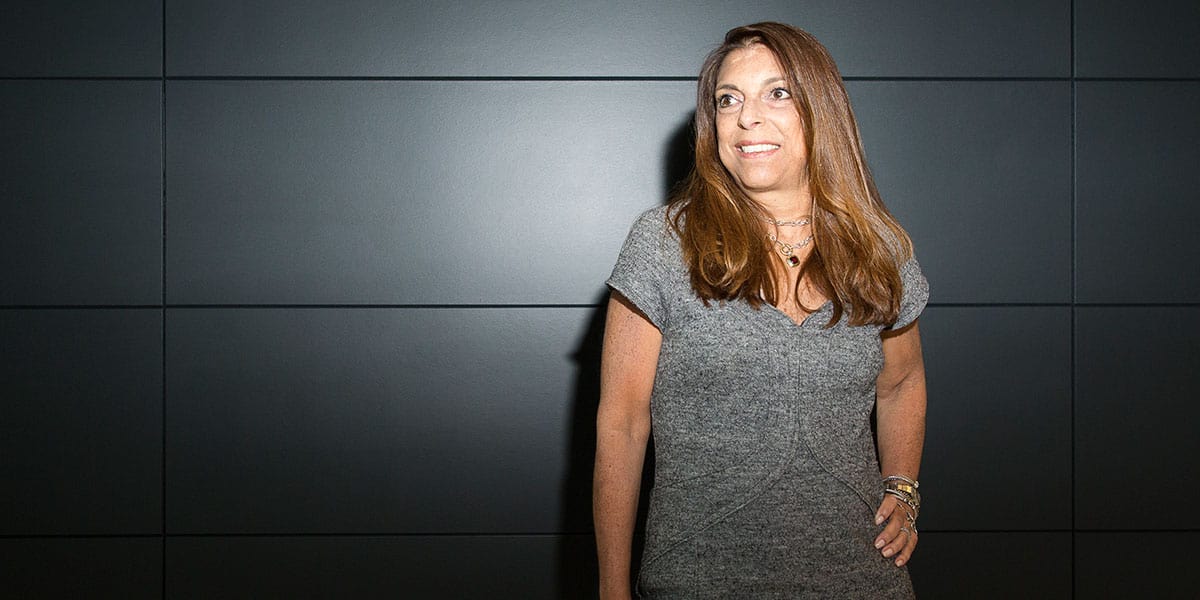 Marie Quintero-Johnson was persistent. At least once per month, she went to the vice president of business development to tell him she wanted to work with him. His response: “Give it time.”

At the time, she was a principal financial analyst for Coca-Cola and worked with offices in Latin America. She landed the position after spending a summer as an intern at Coca-Cola and continued to work there while completing her MBA at the University of Virginia Darden School of Business. The daughter of Cuban immigrants, her fluent Spanish contributed to her early success, but that wasn’t the only thing she learned from her parents. Her father taught her to be relentless in her professionalism so she would be accepted for her intelligence—and not because she wore a skirt.

Quintero-Johnson got her big break when the business development department was embroiled in a transaction that required a Spanish speaker.  Right before Christmas, the vice president she had been asking to work with laid a stack of documents on her desk and said, “It’s all in Spanish. When you come back from Christmas, please tell me what it says and where we should go from here.” That was her entry point.

The next year was one of Quintero-Johnson’s favorites. She was only in her twenties and was collaborating with the vice president, CFO, and CEO on a top-secret project to transition a Pepsi bottler in Venezuela—where the market was 90 percent Pepsi— into a Coca-Cola bottler. To prepare for the deal, the team operated covertly: stocking Coke products on a nearby island off Venezuela, repainting blue-and-white Pepsi trucks Coke-red under the cover of large warehouses, and scrambling to adjust when things went amiss, including a national shortage of red paint. “When we actually got it done, it was such a rewarding, thrilling moment,” she says. Two decades later, Quintero-Johnson has become a vice president for Coca-Cola.

Looking back, she remembers arriving on the campus of Georgetown University for her first semester. Having come from an all-girls Catholic high school in Miami, she had never been exposed to such a variety of religious, ethnic, and cultural backgrounds in students and faculty. She felt invigorated. “I remember thinking, ‘Gosh, this is an amazing place. I am meeting people who I would otherwise never come across, and they have become very good friends,’” she says. “I loved every minute of it.”

She points to her time at Coca-Cola and notes that the company offers an environment much like the one she fell in love with at Georgetown. “It’s the embodiment of that at a global level,” she says. “It is exactly that.”

After her experience in Venezuela for the business development department, Quintero-Johnson went to work as the executive assistant to the CFO. In 2003, she was given leadership of the global mergers and acquisitions department.

Critical to her success were two executives who served as sponsors: the vice president of business development, who facilitated her first big break and with whom she worked for four years, and Coca-Cola’s CFO, whom she worked with for 15 years until his retirement. “They both took a personal interest in coaching me through key career moments and representing my capabilities in broader talent-development discussions,” she says. “This facilitated my name being considered when key opportunities, such as my current job, arose.”

For Latinos aspiring to senior-level leadership positions, Quintero-Johnson is hesitant to prescribe a specific career path. Instead, she offers this advice: Be willing to step up and do the work that is required, even menial tasks. Create roles for yourself. Seek a sponsor—usually a manager familiar with your work—who won’t hesitate to speak on your behalf when advancement opportunities arise.

The corporate vice president is doing just that for new talent that comes into her department. “I already have what I feel is the best job at the company,” she says. “So, in addition to being able to do my day job, I want to be a great manager and sponsor of the people who work for me, who very well may end up becoming future leaders of Coca-Cola.”