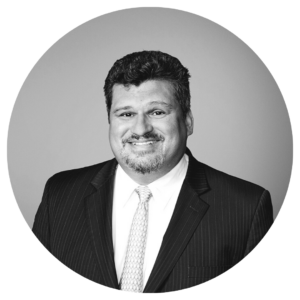 Ruben Navarrette is a nationally syndicated columnist with The Washington Post Writers Group whose column is now in its 20th year of syndication. He is also a columnist for The Daily Beast, contributor to Hispanic Executive magazine, member of the USA Today Board of Contributors, host of the podcast “Ruben In The Center” and founder & CEO of The Navarrette Sonic Podcast Network (NSPN). A former contributor to National Public Radio, he has hosted radio shows in Phoenix, Dallas, Fresno, Los Angeles, and San Diego. He has also contributed to the op-ed pages of The New York Times, The Wall Street Journal, The Chicago Tribune, and The Los Angeles Times. He is a former CNN contributor who has also appeared on MSNBC, PBS, and Fox News. A graduate of Harvard College and John F. Kennedy School of Government, he is the author of “A Darker Shade of Crimson: Odyssey of a Harvard Chicano” (Bantam). He worked for The Arizona Republic, The Dallas Morning News, and The San Diego Union-Tribune. He judged the contest for the Pulitzer Prizes in 2013, 2014, 2016, and 2017. A popular speaker on the lecture circuit for the last 25 years, he is the founder and CEO of “Ruben Navarrette Presents…” which offers engaging conversations with Hispanic thought leaders. He is also a communications consultant, personal brand builder, and digital storyteller. He lives in the San Diego area with his wife and children.